Okay, so, as I predicted in the beginning, I figured I’d be really gung-ho at updating for a while then get really bad at updating. This has, unsurprisingly, come true. I tried to start an instagram thingy, but I didn’t succeed. So, now I’ll try to update with several things that have happened over the past month…oh, jeez…the last two months:

Ooh…a little pond with a little island for us to destroy and/or poop on!

Since hubby built that, the chickens have successfully dumped more dirt in the little pond than would ever be expected. But, we’ve also grown some giant goldfish. Hope to get pics.

Not chicken related, but, damn, that’s a cute doggie (Shout out to my parents’ Westie Bridget):

Pics of alternate chicken diapers that were also unsuccessful: 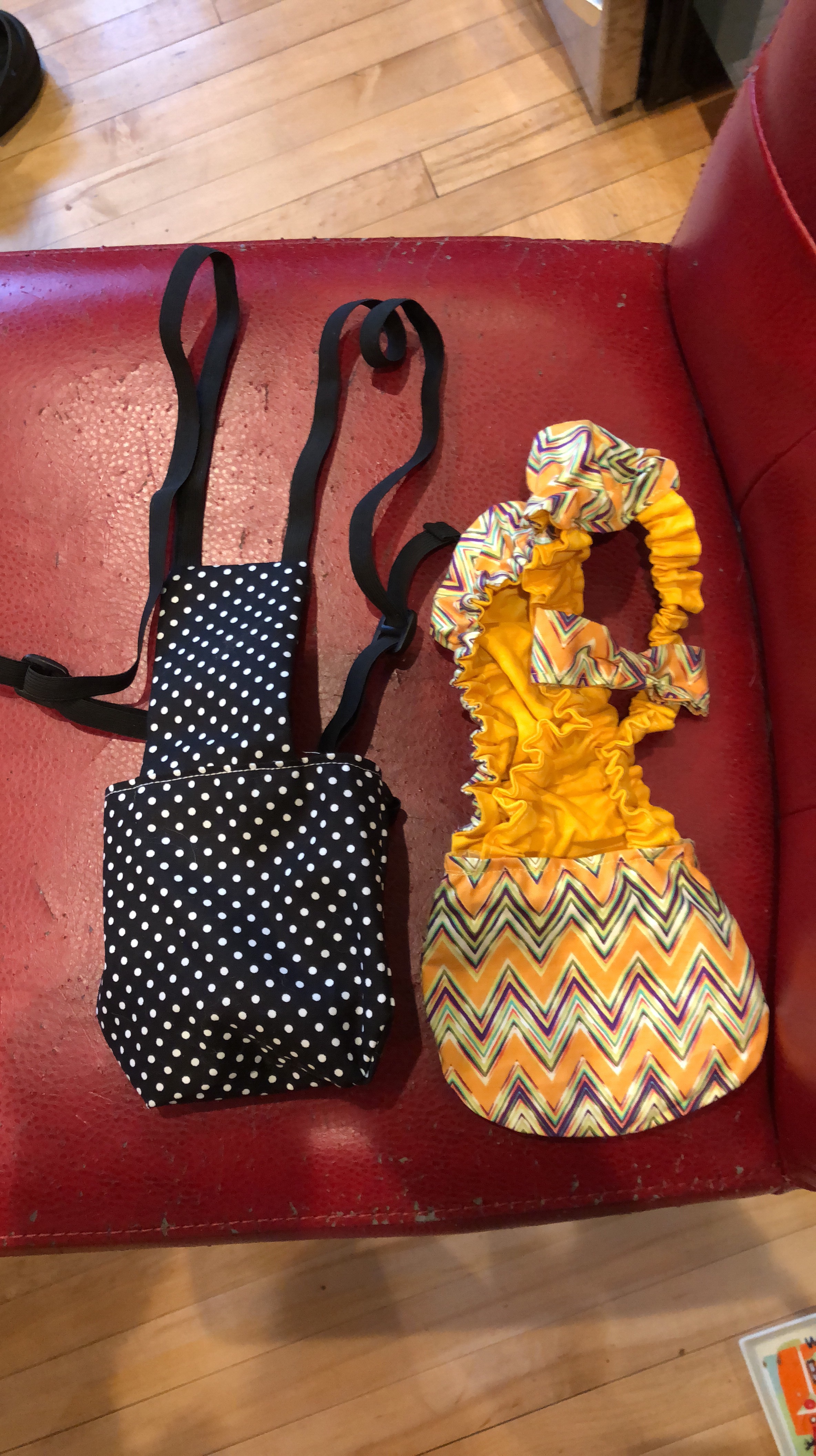 Learning that the chickens prefer roosting to coop (surprisingly, this is a night picture, but our garage security light was that bright):

Oh, and, apparently it’s Mardi Gras! (per the napkin)

Oh, yeah…brought Comet inside for the first time. She seemed like she needed a bath. 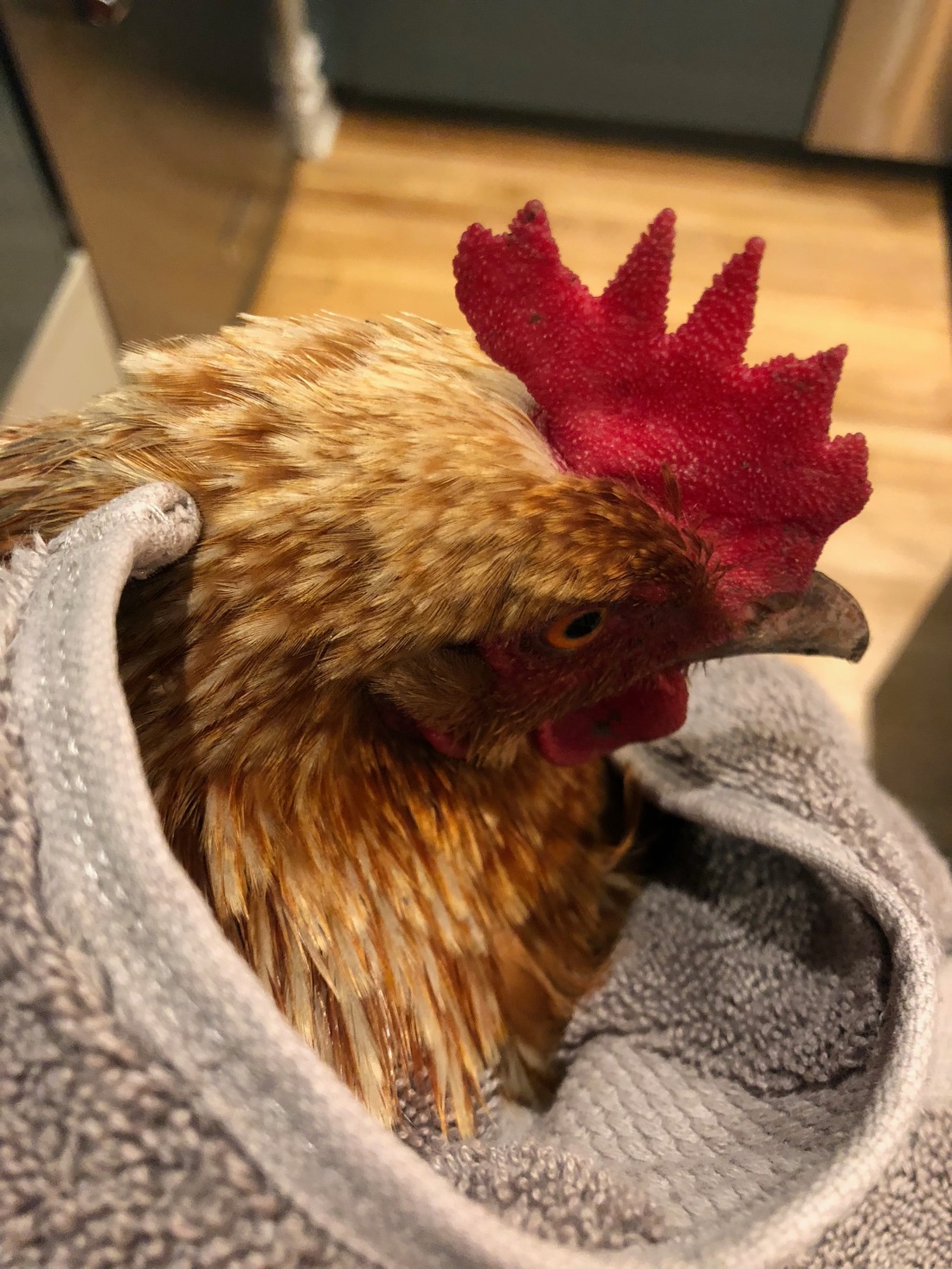 She was not as cool with the cats as Buffy was. Ah…Buffy…I miss you. I hope your caretakers are doing right by you. 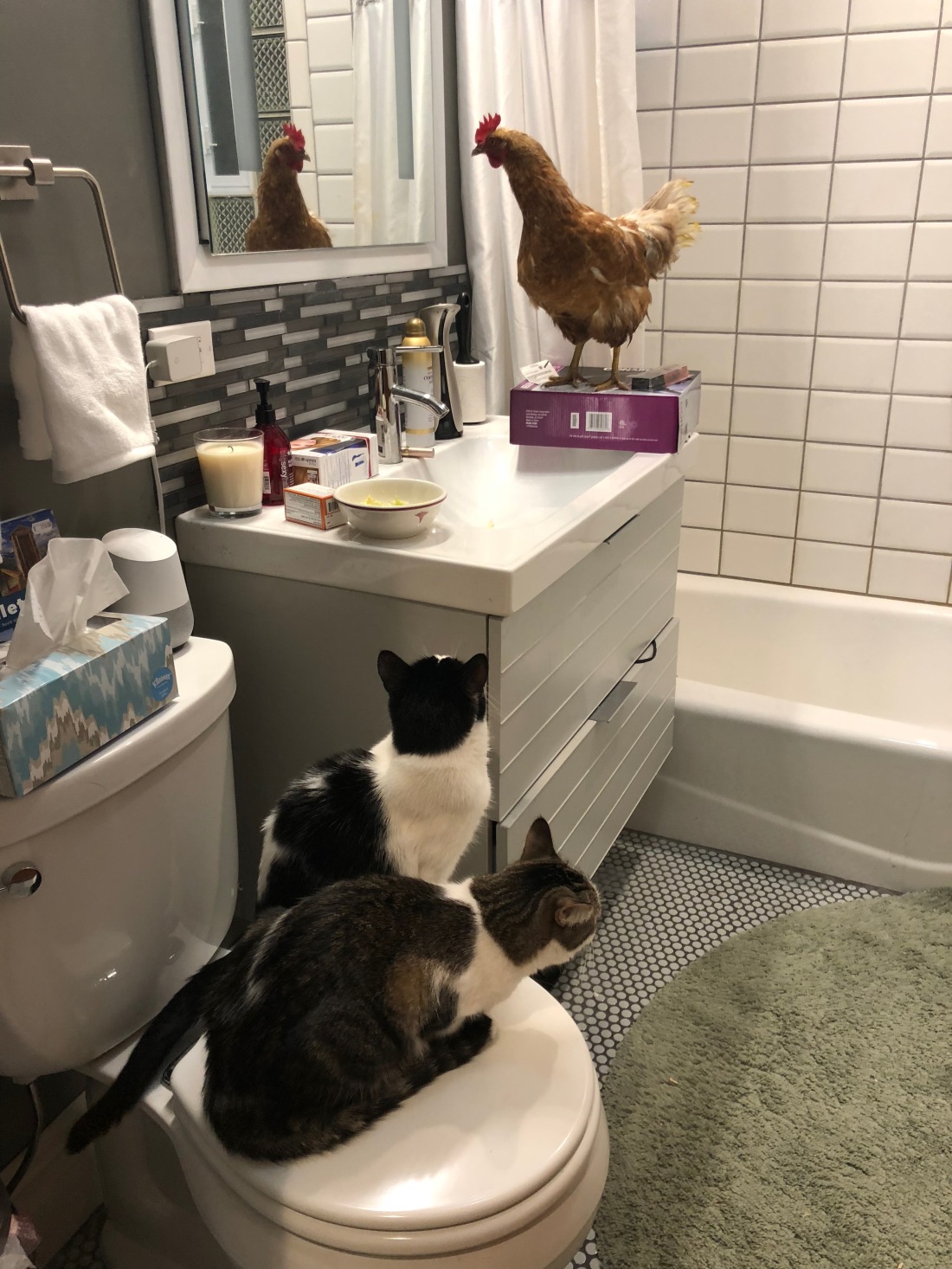 Awww…look…Jeff has made a chicken planter!

What the heck, why do you get the shrimp? 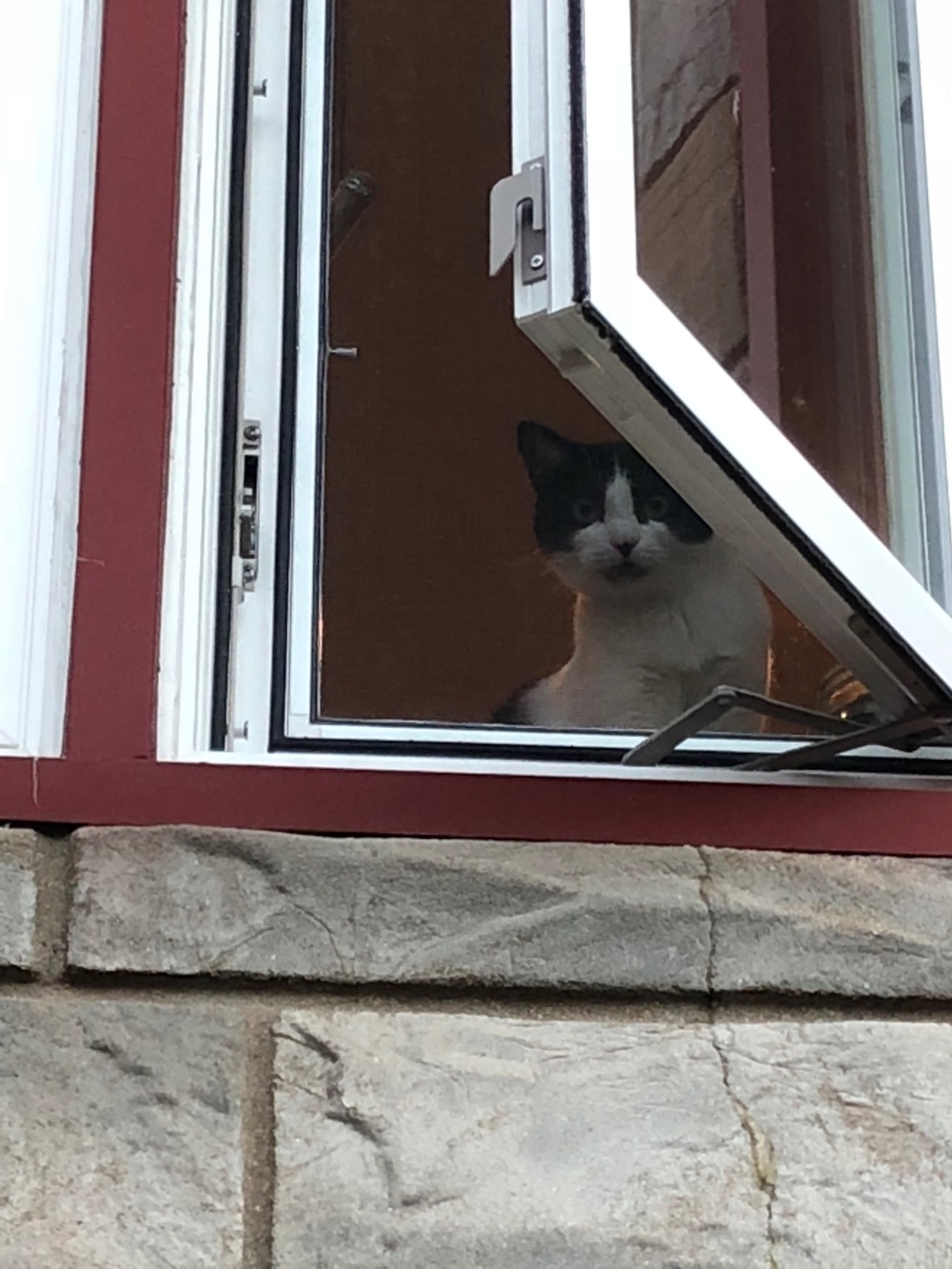 Earlier promised pics of pond goldfish that started out half-pinky sized and are now koi-ish:

AND, In Conclusion: The Awesome Tiki Chickens!!!! 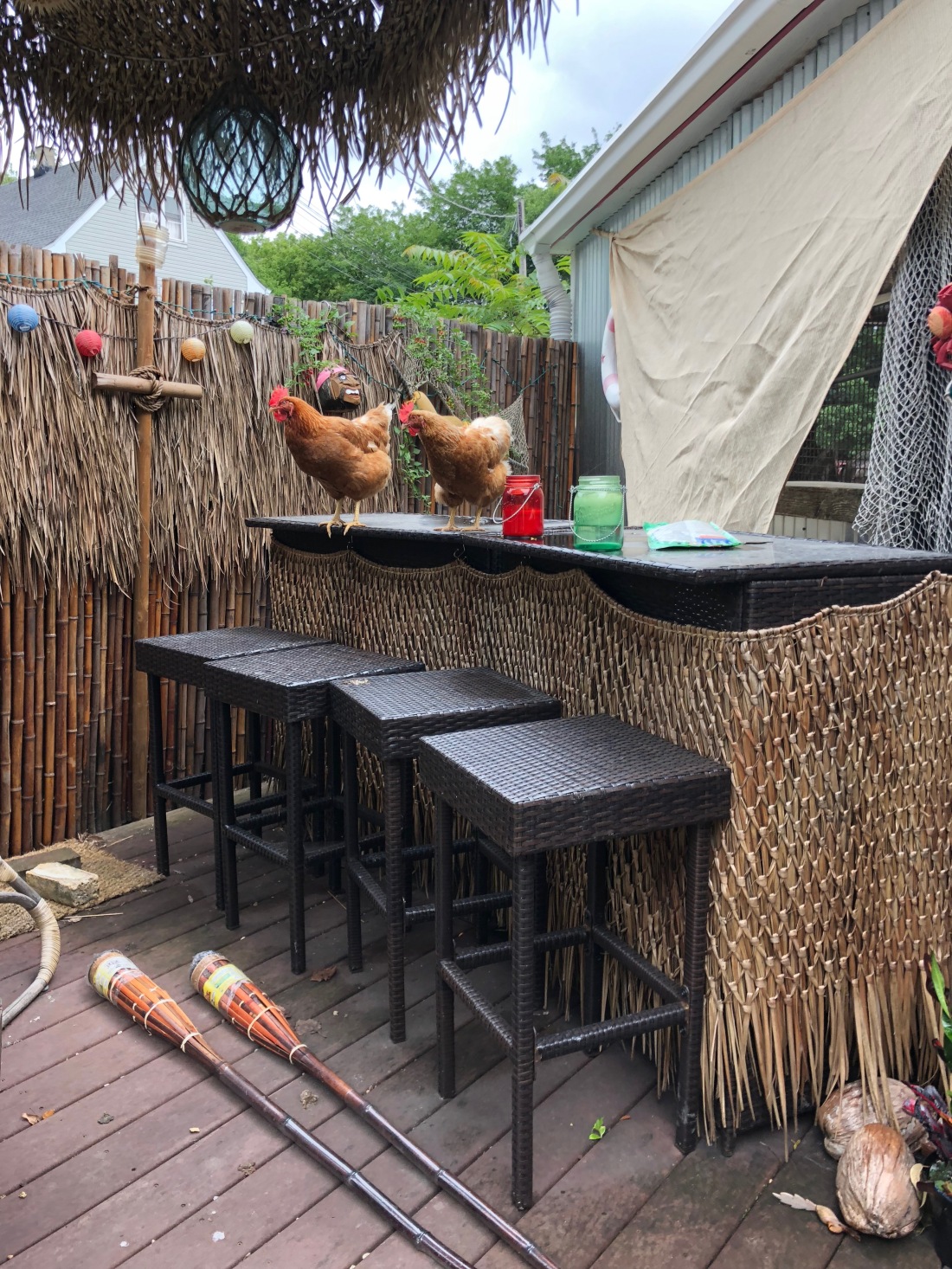 I'm a city-dwelling pediatrician with no previous interest in the whole 'urban chicken' movement thrust in by circumstances beyond my control. And now I'm pretty giddy/chatty about the whole thing View all posts by accidentalchicken